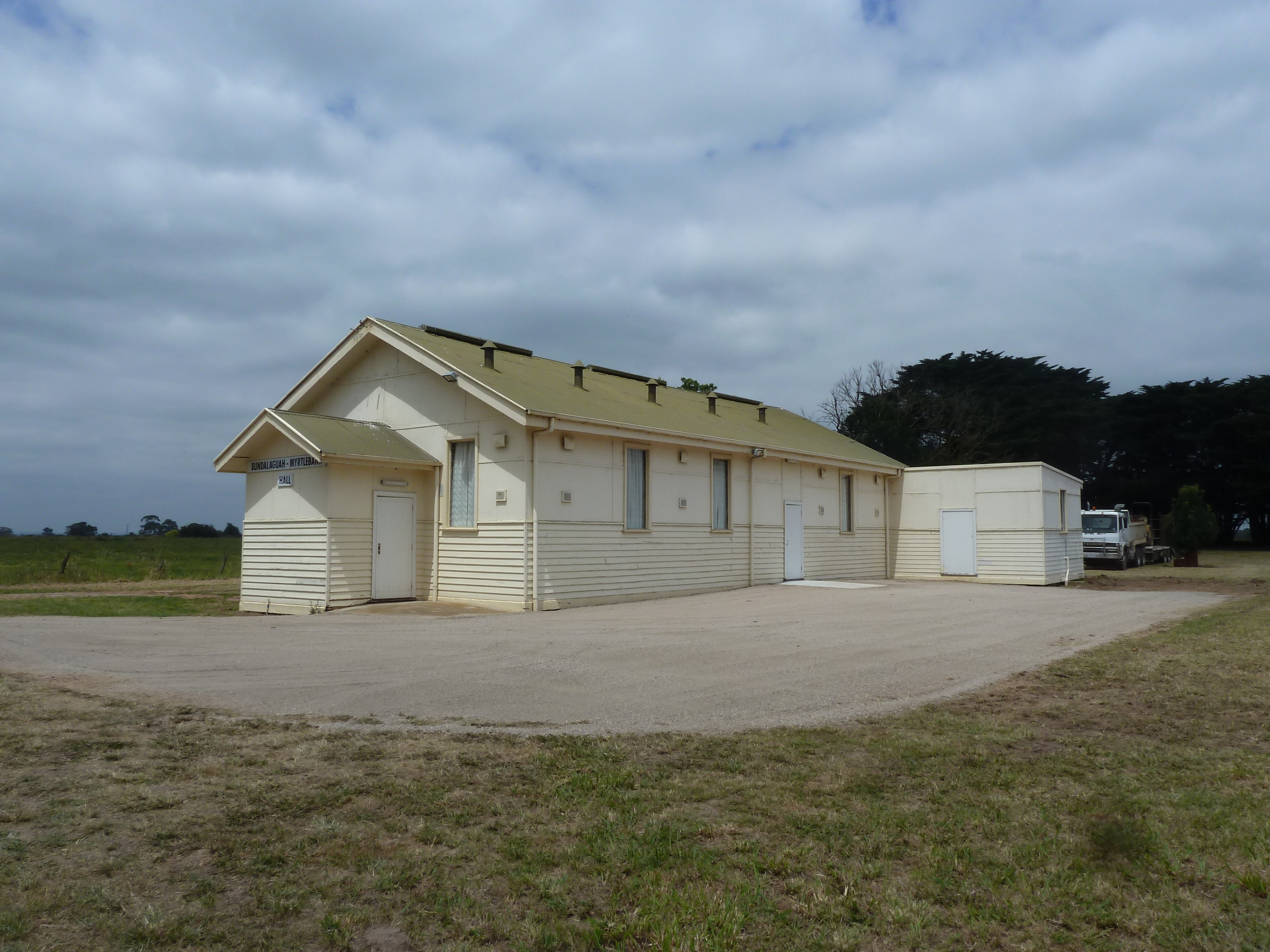 The provenance of the Bundalaguah Hall is important in heritage terms. The land was given to the community for the construction of the Hall by a local farmer and the hall itself was built with community raised funds. The CWA was very active in fund raising for this building and has met there regularly since its inception, supporting the Hall since its inception.

Just a little on the Hall’s history and how it affects the 60th anniversary of its opening in 1954.

The sad fact is that the early minute books were destroyed in a fire in the share farmer’s house on Dave Johns’ property about 1960. The share farmer’s name was Smith, I think, and he was the secretary at the time. This means that we have to rely on sources such as the Gippsland Times for piecing together the halls history. To date, the earliest fund raising that has turned up was in mid 1947, and the report indicates that there had been earlier events. The year 1947 also coincides with the subdivision of the land the hall is on from the parent crown allotment.  The then owners were Bertha, Violet and Albert Schroeder. There must have been an agreement to transfer the land for the subdivision to occur. The sale occurred in 1949 and the area was approx. 1 3/4  acres. The sale price was 57 pounds and 9 shillings, and according to the letter of relinquishment ownership passed to the Hall nominees, being George Gray, Allan Johns and Frank Cross. The balance of the allotment was sold along with others that made up “Alton” some nine months later in 1950. Frank Cross was the last of the nominees to pass away, and so the land passed through his estate, of which Walter Cross was administrator.The land then passed into the ownership of the Maffra Shire Council, and eventually to the Wellington Shire

The amount raised in the various activities reached 1100 pounds by April 1954, and it was decided to call tenders. The Times reported in April that the Hall was to be 60 X 30 feet with  “a separate kitchen” The successful tenderer was W Barton of Maffra, for 1778 pounds. The hall was built without the supper room, this was added in 1960 by L McMahon, Maffra and cost 1,588 pounds. The Maffra Shire was very supportive of the project and applied for a grant to assist with it.

At a public meeting on October 18 1954 the first Committee was elected to administer the Hall’s operation.

There was also a fund raising committee appointed, but no details of members were recorded. The overdraft was 1000 pounds and the funds committee was charged with the responsibility of reducing it as quickly as possible.

The official opening was to have been held on the 16th of November 1954, but was for an as yet unknown reason postponed to the 24th. The first event was a film night during October, the exact date is not known at the moment.

In light of the above, it was be fitting if the Hall’s 60th birthday was celebrated in mid to late November 2014.

There was a broadcast program line installed to the hall as well, and this was used on a regular basis by 3TR to broadcast balls held in the hall, and was used on the evening of the official opening. These were “live”broadcasts, something that is rare today. It is likely that 3TR had the line installed at its expense, as this happened with other district venues

The Bundy Hall was closed down by the Wellington Shire in August 2012, and the Committee worked hard on a campaign to reopen the Community Hall, just before Christmas 2013 Since then the Hall has been actively used by the Community for dances, music events, markets, community meetings and get togethers.

The following article was authored by Pauline Hitchins for The Royal Historical Society of Victoria newsletter; issue 353, April 2021.